Incheon is a city located in northwestern South Korea, bordering Seoul and Gyeonggi to the east. Today, about 3 million people live in the city, making it South Korea’s third most-populous city after Seoul and Busan. The city’s growth has been assured in modern times with the development of its port due to its natural advantages as a coastal city and its proximity to the South Korean capital. It is part of the Seoul Capital Area, along with Seoul itself and Gyeonggi Province, forming the world’s fifth largest metropolitan area by population.

Incheon has since led the economic development of Korea by opening its port to the outside world, ushering in the modernization of Korea as a center of industrialization. In 2003, the city was designated as Korea’s first free economic zone. Since then, large local companies and global enterprises have increasingly invested in the Incheon Free Economic Zone, including Samsung which chose Songdo International City as its new investment destination for its bio industry.

The focus of this seminar will be on inviting you to the interesting places and activities you can do in Incheon! 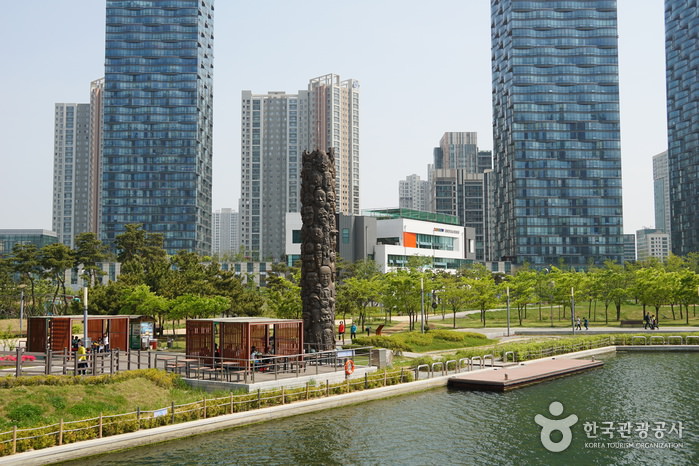 Songdo Central Park is a public park in the Songdo district of Incheon, South Korea. The park is the centerpiece of Songdo IBD’s green space plan, inspired by New York City’s Central Park. Central Park is a public zone in the center of Korea’s first international city, covering 101 acres (41 hectares); the park covers almost 10% of Songdo IBD’s total area. It serves to connect to various civic and cultural destinations by providing a seawater canal that refreshes itself every 24 hours. The park also displays sculpture and artwork such as the swooping neofuturistic metallic architecture of the Tri-Bowl. 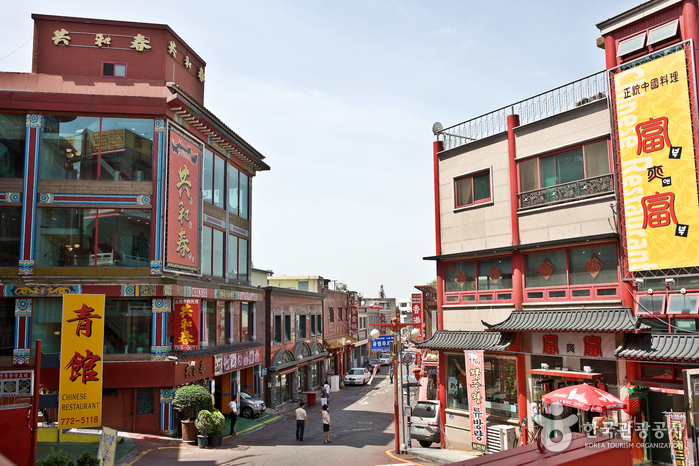 Incheon’s Chinatown came into being with the opening of Incheon Port in 1883 and Incheon’s designation as an extraterritoriality of the Ching Dynasty in the following year. In the past, the area held many stores trading goods imported from China, but currently most Chinese businesses in the area are restaurants. Today, the residents of Chinatown are mostly 2nd or 3rd generation Chinese, descendents of the early Chinese settlers.  The area harbors many of the flavors of China, while the traditional culture of the first generation are preserved. 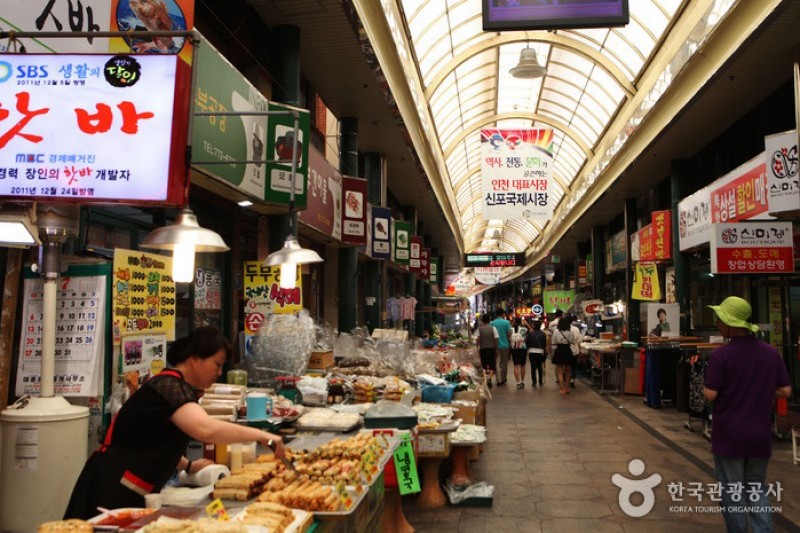 The Sinpo International Market is the first conventional market built in Incheon around the late 19th century. High-quality vegetables were traded among people from different countries, including Japan and China. There are traces of stores, houses and brown wooden buildings, reminiscent of old Japanese movies, still remaining in every corner of the neighborhood’s alleys.

The Sinpo International Market, more than a century old, is known for dakgangjeong, a sweet and sour chicken dish. It is deliciously spicy and the crispness lasts for a long time. It normally takes about 30 minutes in line to get one’s hands on the meal, but, still, the restaurants are crowded with customers waiting for the delicacy.